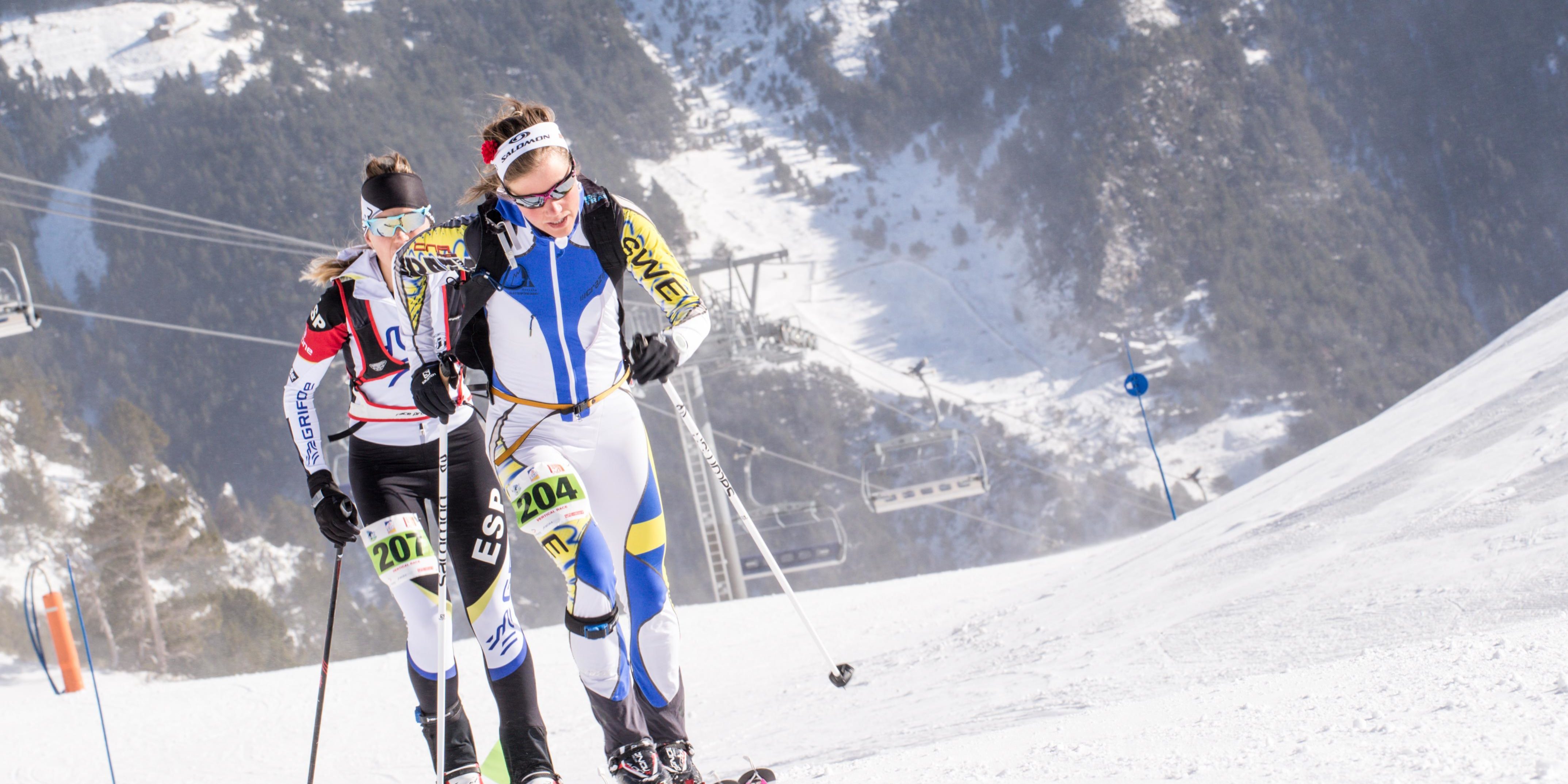 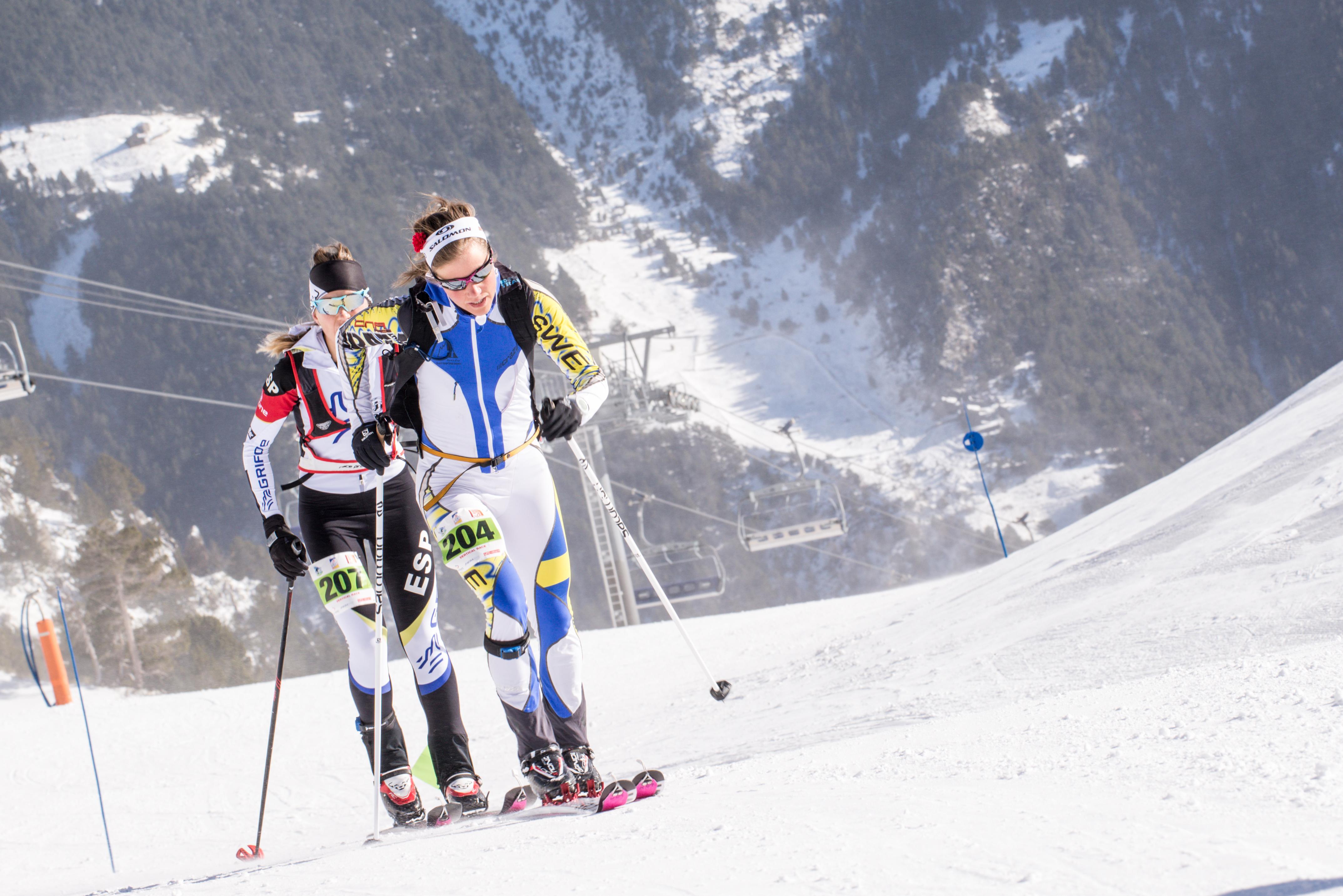 The best skiers around the world gathered in the small country of Andorra this weekend. The second event of the Ski Mountaineering World Cup was held in the Arcalís and Arinsal area, in a beautiful area with ridges and alpine couloirs. Emelie Forsberg arrived to Andorra after recovering from a chirurgic intervention last week. Her goal was to keep improving her results in the World Cup.

The Individual Race took place on Saturday morning. The weather forecast forced the organization to change part of the track. The 1,840m of climb had to be reduced to 1,500m in today’s race. Nevertheless, part of the off-track route could be maintained. Finally the total route included four ascents and four descents around the area of Coma del Forat. Many spectators gathered around the track to cheer the skiers.

Emelie Forsberg started the race among the first female runners with good feelings throughout the first climbs. Experience and resilience of other athletes pushed Emelie, who unfortunately lost a crampon on the fourth climb and this situation made her lost some seconds. Finally, she arrived 13th with a time of 2h37’ as she explained: “I felt good and it’s a pity that I lost some seconds, but overall I’m happy with the result, I see that I’m improving in every race and this is what matters to me. It was a beautiful, hard and long race and I enjoyed it!”.

Strong winds blew during the second race of the weekend on Sunday in Arinsal (Andorra). This did not stop the skiers of taking part in the Vertical Race, where athletes skied along a course with a positive level difference of 730 metres. As usual, Frenchwoman Laetitia Roux imposed her rhythm and finished first. Second came Frenchwoman Axelle Mollaret and third Swiss Victoria Kreuzer. In the fourth position Emelie fought hard with Spanishwoman Clàudia Galicia and finally could beat her in the last sprint.

Emelie Forsberg crossed smiling the finish line: “I felt well today! The wind was so strong but we managed to race anyway. I feel that I’m getting in shape even though I feel I can still get better and I hope that I’ll be improving during the winter”.

Next goal for Emelie will be the World Championship in Verbier, where she will be competing defending the Swedish colours.