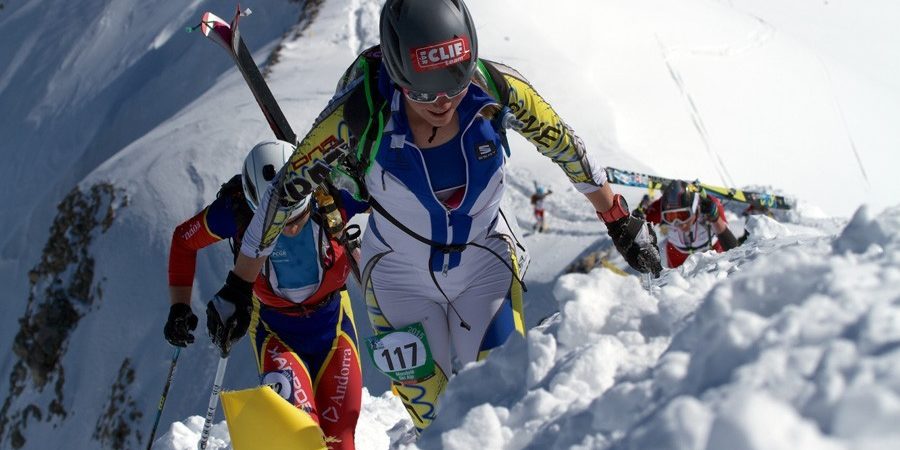 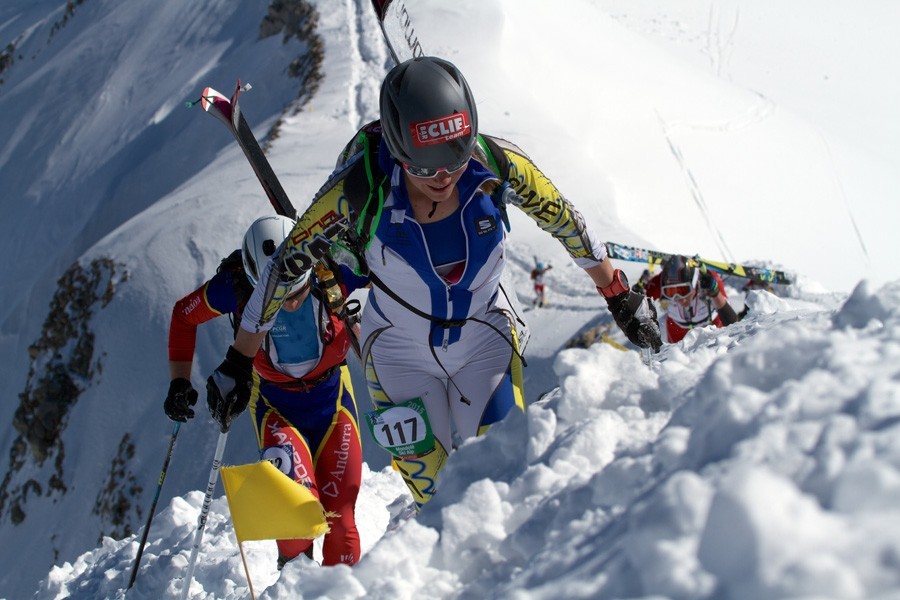 For the first time ever in a world cup competition Emelie Forsberg climbed into the second step of the podium. With two team races left, Emelie is for the moment in the third position in the overall ranking.

“I am feeling very well in this moment of the season. The results this weekend couldn’t have been better and now I am third in the overall ranking. I’ll try to keep the good energy for the races left” said Emelie Forsberg.

The competition started on Friday with the vertical race. 600m climb in a 2,1km track around the Mondolè Ski resort. Emelie finished fourth within a minute between her competitors. She explained: “This result is very positive, as not only was I able to score points but also felt in great shape behind the best skiers in the world, and this is a good feeling!”. On the podium, Laetitia Roux, Laura Orgué and Axelle Mollaret. On saturday the individual race was held, and Emelie did a fantastic race. From the very beginning she placed in second position and gave no chance to her competitors. The race was technical just like Emelie enjoys: “It was such a beautiful race and I felt so good! I enjoyed it a lot because I was confident and feeling in good shape. This is why I had time to take advantage of the race, for example walking over the ridges”, said Emelie. Laetitia Roux won the race and just behind Emelie finished Frenchwoman Axelle Mollaret.

Finally, this morning Emelie ran the sprint competition, where she also finished second just after Laetitia Roux. Those good results show the versatility of Emelie Forsberg who is able to adapt to the different particularities of each race. For now, two team races are yet to come and would define the overall ski mountaineering world cup ranking. For the moment, Emelie is third and hopes to keep the position after Adamello and Mezzalama.